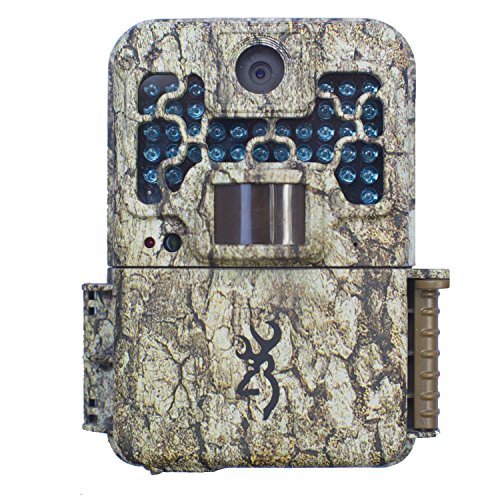 Browning Recon Force FHD gaming camera never fails to boost itself with its compact design and durable hardware. Waving the banner of its pride a 10 megapixels image resolution along with the attached 30 IR LED that provides illumination that gives you a good a quality of images most especially during daytime. It is being enhanced on par with the Strike Force 850.

It also features Zero Blur technology that gives maximum quality images and video quality of 1920×1080 HD resolutions that allows preview and playback of video clips even on 60 inches screen without risking the quality of its outputs and has the fast speed of 0.67 seconds trigger.

It also involves new features such as Browning Buck Watch Time-lapse viewer software that is readily installed within its program. The case design of the Recon Force Extreme is almost flawless. The camera feels sturdy and well-engineered.

The strap and python cable bracket on the back is metal unlike another camera that uses plastic, and it has a threaded slot on the bottom. Also, the battery compartment and SD card slot are both easily accessible.

Browning Recon Force could store thousands of pictures as it supports up to 32 GB SD card. It’s a camera that works both for trail hunting and home security. It also provides ID stamp on its pictures such as the temperature, date, time and moon phase.

Just like Bushnell game trail cameras, this device also has its speaker and a 12V auxiliary power port that is located on the bottom. It can be mounted everywhere else you wanted to, since the rear housing features of this device clasp to hold grip onto trees, loops as it entails a mounting strap, a padlocking hole and extra holes for a Python security cable.

Moreover, the built-in cover latches need an extra force to unlatch, and the noise of the suction silicone rubber gasket will indicate as soon as you reached the opening of the camera.

Browning Recon Force FHD gaming camera is armed with robust metalwork that can withstand rough environment condition, and its quality gasket will serve as its shield that keeps the moisture away.

Also for double protection, the power port is covered with rubber silicone to prevent moisture accumulation. It only needs 8 AA lithium-ion batteries to operate. To load the batteries you will need to push the Eject button located at the top, and the battery compartment will automatically slide on the bottom.

Check the Latest Price on Amazon

Browning Recon Force FHD gaming camera is built with the dimensions of 5 x 4 x 2.5 inches that weigh 1.4 pounds. That includes Browning Buck watch time-lapse viewer software that allows the user to see patterns during the coverage.

Featuring the zero blur technology that makes it more distinct than the other gaming cameras it also requires 8 AA lithium-ion batteries to operate. It records video up to 5.0 seconds to 2.0 minutes. This camera is great for capturing small animals that are agile and quick to move.

It has time-lapse shooting mode that can capture images at pre-set intervals from sunrise to sunset. It is configured with a TV-Out connector for viewing on your television and a USB port for image transfer to your computer. 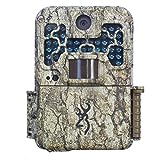 Who is the best customer for this product?

This is best for those hunters who wished for another set of eyes for an extension during game hunting and wildlife experience. It is also recommended for those who are looking for an easy setup home surveillance security camera that functions 24/7 even during harsh weather conditions and is water resistant.

Put the Browning Recon Force FHD gaming camera to work with you and make your scouting and game trails full excitement. Also feel free to enjoy and be rewarded with high-quality images and high definition resolution videos during hunting season. It is recommended for both wildlife and gaming or serves as additional security at home. Let this device spice up your wildlife and hunting experience.

How To Secure A Game Trail Camera

GameCameraWorld.com is a participant in the Amazon Services LLC Associates Program, an affiliate advertising program designed to provide a means for sites to earn advertising fees by advertising and linking to Amazon.com.
© Copyright 2021 Game Camera World All Rights Reserved